The Pickwick Papers by Charles Dickens
My rating: 4 of 5 stars

After reading "A Tale of Two Cities" I realized the paucity of my Dickens knowledge and decided to read all his novels. Thankfully Kindle has the Dickens "Complete Novels", and I have finally finished the 8% of this tome that holds his first novel, reading during ticks of otherwise wasted time.

The 57 chapters reminded me of viewing movie serials made in the 1930-40's, with Pickwick and his traveling companions finding new ways to tangle themselves in various misadventures in the vividly Dickensian illuminated English countryside. The serialization makes the reading somewhat choppy, but one can't help but admire Samuel Pickwick and his loyal servant Sam Weller as they unflinchingly meet each challenge, overcome obstacles, and (mostly) enjoy themselves immensely.

View all my reviews
Posted by RichEeyore at 9:41 AM

The Parasite by Arthur Conan Doyle
My rating: 4 of 5 stars

This short story explores the dark potential for mesmerism. The plot advances through the diary entries of a scientist who manages to get psychically entangled with a twisted, sociopathic hypnotist. Arthur Conan Doyle's style is rather stilted, but this adds to the plot more than it detracts. Good, quick read - available free as epub at http://www.gutenberg.org/ebooks/355

View all my reviews
Posted by RichEeyore at 12:54 PM

Slaughterhouse-Five by Kurt Vonnegut
My rating: 5 of 5 stars

This classic anti-war novel by Kurt Vonnegut is semi-autobiographical. The title is taken from the Dresden, Germany Prisoner of War camp building assigned to Billy Pilgrim, the protagonist, after his capture during the winter of 1944-1945. Pilgrim manages to survive the Dresden firebombing while time-shifting to other life scenes in the past/future. This includes being abducted by an alien spacecraft and taken to the planet Tralfamadore many light-years from Earth. The Tralfamadorians treat Billy as a zoo exhibit during his time there, and are amazed by the Earthling's belief in "free will" - the aliens can see in four dimensions, seeing everything in the space-time continuum. This ability leads to a universal fatalistic worldview - death is meaningless, each human is viewed as a 4D centipede with a baby at one end and the death personna at the other - "so it goes".


View all my reviews

Darkest Hour: How Churchill Brought England Back from the Brink by Anthony McCarten
My rating: 5 of 5 stars

This book was written in parallel with a screenplay for the movie of the same title. It is a good read, with a central plot point of the "wobbly" nature of Winston Spencer Churchill (WSC) immediately after becoming Britain's prime minister in the spring of 1940. The book concentrates on how WSC navigated the crisis of May 1940 as Nazi Germany swamped the French military, isolated the British Expeditionary Force (BEF) at Dunkirk and threatened to invade Great Britain. I enjoyed reading about the "inside game" revealed by the author, especially the WSC relationship with his PM predecessor, Neville Chamberlain, and his foreign secretary, Edward Wood, 1st Earl of Halifax. The attention, time and extreme care WSC spent on his oratory is also explored by the book. The final sentence of the Epilogue reveals the book's theme: "That May, Winston Churchill became Winston Churchill."


View all my reviews

Posted by RichEeyore at 9:52 AM

Southern California Edison announced the closure of the San Onofre Nuclear Generating Station (SONGS) on June 7, 2013. It was a sad day for me, since I worked at SONGS from 1983 until 2010 and have many, many fond memories. The people working there were/are top-notch, and deserve a lot of respect for the decades of safely, efficiently providing affordable electric power to our region. Had the construction of the replacement steam generators been flawless, the station could have continued producing oxygen-free (sans-O) carbon-free (C-Free) energy to the Southern California grid for another twenty years, if not longer.

SONGS, because it did not oxidize carbon-based fuels to generate power, produced zero carbon dioxide "pollutant" greenhouse gas while providing 2200+ megawatts when both units 2 and 3 were operating. A modern combined-cycle plant produces 345g/kWh of CO2, which translates to about 760,000 kilograms (or 838 short tons) of carbon dioxide produced per hour to fully replace the 2-unit power from SONGS.

Faulty replacement steam generators caused both units to shut down early in 2012. The public debate over SONGS during the next eighteen months made it clear nuclear power has no long-term future in California. Fusion power may eventually prove a viable replacement, but it always seems 10 to 20 years away (and has been for the last thirty years).

While replacing a few large "bulk" baseline energy sources, like SONGS, with a large number of small renewable sources is possible, it involves a massive, expensive realignment of the existing energy grid away from the current "one-way electricity flow" model (from generators through transmission lines to distribution substations to consumers).  The future grid will feature "two-way" electrical flow, with thousands (if not millions) of "micro" "genersumers" or "consumerators" that can supply or absorb energy. Bulk electrical providers will still exist, but their contribution will significantly decline. Micro- or mini-grids will be common - small localized grids that can independently provide power to neighborhoods, business parks, schools, universities, etc. while maintaining a capability to connect the larger "macro" power grid when needed.

So, maybe closing SONGS is for the best. Large electricity generation stations may be the modern equivalent to the battleships at the start of World War II - they were already obsolete, but those in power just didn't realize it. Pearl Harbor shocked them into a fuller, sobering understanding. The June 2013 closing of SONGS could deliver a similar epiphany to our leaders over how our national electrical grid must evolve into a more resilient, secure, "greener" (and - alas - expensive) energy future.
Posted by RichEeyore at 9:37 PM

Dug a Hole With a Modern Invention

I've seen the future of Facebook and it is Google+
For more immediate blog-like posts, check out my Google+ Stream
Posted by RichEeyore at 3:14 PM 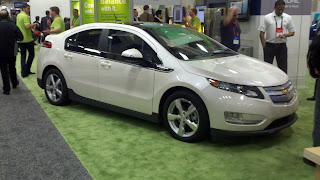 A short clip from our Thanksgiving vacation with family in Olive Branch, Mississippi.
A good time was had by all ...
Posted by RichEeyore at 1:39 PM 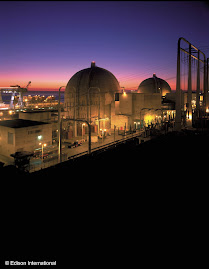 This documentary is available on Netflix and YouTube-Movie. A CNN "discussion" of this CNN film on Nuclear Power is at this YouTube link